Alan Osamu Stormes passed away on July 14, 2019 after a brief illness. He will forever be remembered by his family, friends and coworkers for his brilliant intellect, friendly demeanor, energetic work ethic, generous spirit and irreverent humor.

Alan was born in Redland, California on August 16, 1957. He loved cars, airplanes, machines and, above all, woodworking. After graduating from San Diego State University he went on to form Elements Manufacturing in Santa Cruz, California. Alan’s knowledge of machines, computers and construction enabled him to build a company of over 30 employees and hundreds of business partners that all work together providing commercial millwork to Silicon Valley businesses.

In 2002, Alan met the love of his life, Kristy. Together they cared for one another, their family members and the many people in the community who came to trust and depend on them for guidance, love, friendship and support.

Alan was a friend and a teacher to so many. We sought his help, his ideas and his guidance on everything from business to manufacturing to life in general. In addition to building and teaching complex projects, Alan loved to fly small airplanes. In recent years he learned to fly gliders and piloted as an active member of the Hollister Gliding Club.

Alan is survived by his wife, Kristy, his mother Tata, his father John, his sister Janet, and his two daughters Miyki and Piper. A memorial service will be conducted on Friday, August 16th, 2pm at Calvary Episcopal Church, 532 Center St, Santa Cruz, CA 95060.

Contributions in Alan’s name can be made to yfiob.org 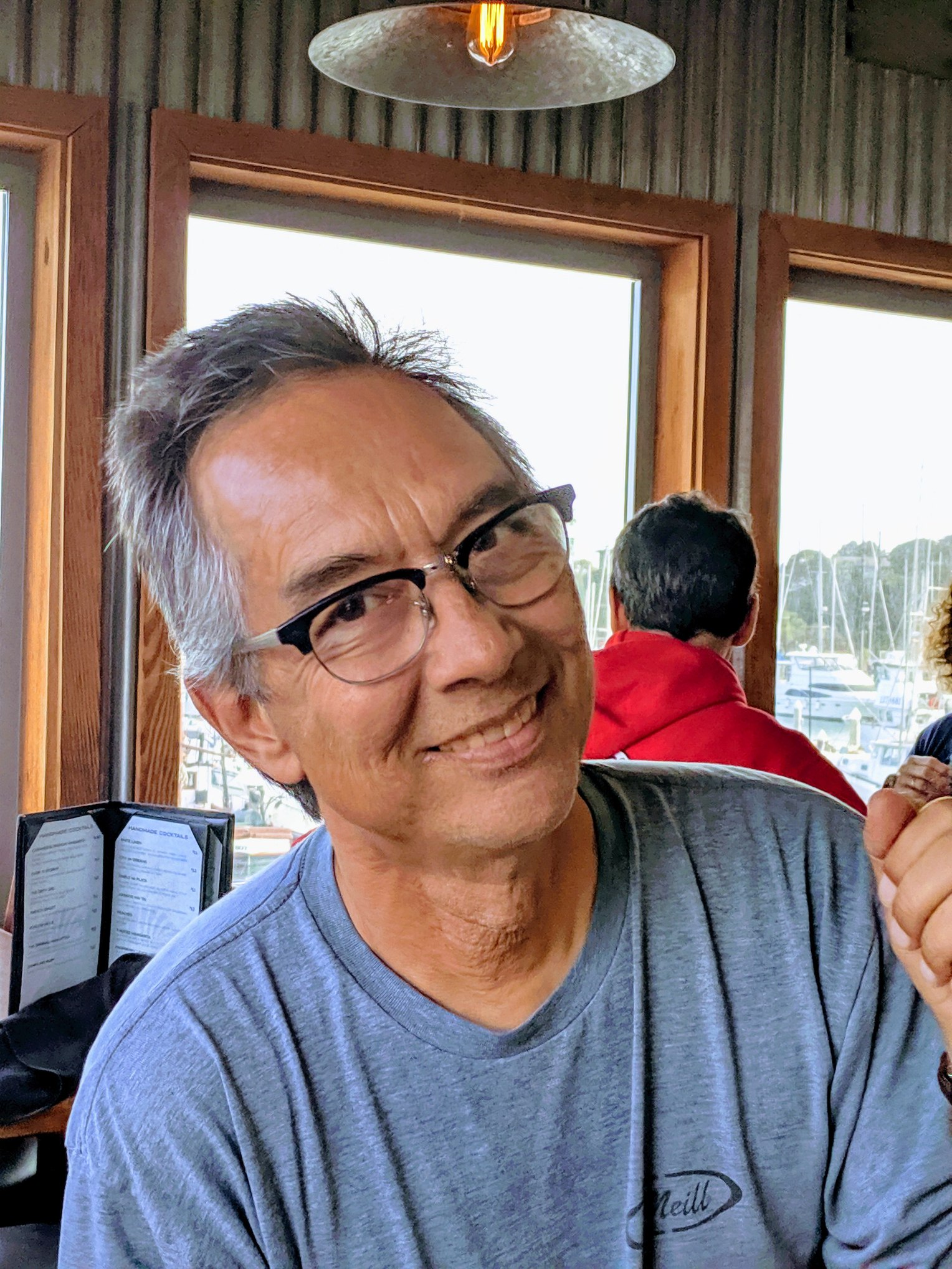 Alan was truly a gem in our community and dedicated to supporting youth. His legacy continues through Your Future Is Our Business and it was an honoring serving alongside Alan on the YFIOB Board of Directors.

We will always have you present. Every step I take around the house, there is something that Alan built. Each object reminds me of his kindness and creative spirit. We are grateful to have known him, he was good to all. Our heart felt condolences to all his family.

He was a lovely man and will be terribly missed.

Alan has been an inspiration as a partner with me in forming and growing Elements. The legacy he leaves is the team that he assembled at Elements and the reputation the team has built over the last 25 years of honesty and doing what we say we are are going to do. Alan is and will be missed. Sending peace to all those who loved him.

Yes, Alan made beautiful product for so many of us.
The better pleasure for me was in working with Alan and Kristy, the warmth, goodness, sincere joy in the daily things, these were the lessons and experience that was Alan.
Very unexpected.

Although I have known Alan for about 25 years, it was not until this past 3 to 4 years that I have worked closely with him and Kristy that I realized what an incredible person Alan was. In my almost 50 years in the industry, Alan is the only person that I have had the pleasure of working with that has so much respect from his co-workers, and his business partners. It has been truly an honor to have had the opportunity to work with Alan on the technical, human resource and business issues that we discussed. We will truly… Read more »

Alan and I worked together for a time and have also been friends for many years. Alan was a bright light among my circle and I truly valued my relationship with him. He was always positive, full of smiles, highly intelligent with great insights and integrity. He will surely be dearly missed. My heart felt condolences to Kristy, his family, the Elements team and all those who know and loved him.

Alan’s contribution to our community and to our lives was so profound. He was a truly exceptional person and my friend. I miss him. I’ll always be grateful for the things he taught me and the time we shared.